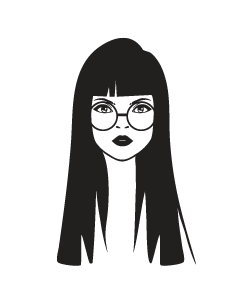 Everyone wants to be healthy. Unfortunately, unless you take active steps to maintain your health, as you get older, it is likely to deteriorate. I discovered this the hard way. For many years, I avoided visiting the doctor and I didn't really pay attention to my diet. As a result, I developed a number of medical conditions. Thankfully, the staff at my local healthcare clinic were able to help me to recover. From the moment I called and booked my first appointment, to the day of my surgery, the doctors and nurses supported me and explained every step of the treatment plan. I hope you like my blog.

Staying Healthy All Year Around

Cancer is a horrific disease that has or will impact the lives of almost all Australians either directly or indirectly. Cervical cancer is a common form of cancer that affects women of all ages around the country. It's a devastating form of cancer, yet it's also one of the most preventable forms of women's cancer due to a number of factors. Here are the three key ways to can significantly reduce the likelihood of contracting cervical cancer in the future.

1. Get the cervical cancer screening test

Cervical cancer is a slow-growing form of cancer and early detection and treatment mean that you have a high chance of surviving and thriving after diagnosis. The screening program has changed recently from the pap smear test, which was scheduled every two years, to the new screening test, which is done every five years.

The pap smear involved looking for changing cells from the cervix which indicated the first stages of cancer. The new screening test looks for evidence of the Human Papillomavirus (HPV) that causes most cervical cancers to develop. This test is more accurate and allows for earlier detection than the old screening test.

2. Get the HPV vaccination

Almost all cervical cancer is caused by contraction of HPV. There is now a vaccine available that prevents infection of the two most common strains of the virus. Getting this vaccination will significantly reduce the likelihood of you developing cervical cancer at any point in the future.

Although the vaccine does significantly reduce the incidence of HPV infection, it's still important to get your scheduled cervical cancer screening tests performed. There are some rare strains of HPV that aren't covered in the vaccine which can also cause this cancer to develop.

It's commonly thought that the HPV vaccine is only suitable for teenagers and young women but it's still valuable for older women, especially if your first HPV screening test has come back negative for the virus.

3. Get to know the symptoms

Even with the vaccine and screening tests, it's rare but possible that you may still develop cervical cancer during your lifetime. For this reason, it's important to know the symptoms of the disease and know what is normal and what isn't for your body.

Early signs and symptoms of cervical cancer include unusual bleeding or unusually heavy periods. It may also cause back pain, pain during intercourse and extreme fatigue. If you find yourself suffering from any unexplained pain or bleeding, make sure that you get seen by your doctor as soon as possible.